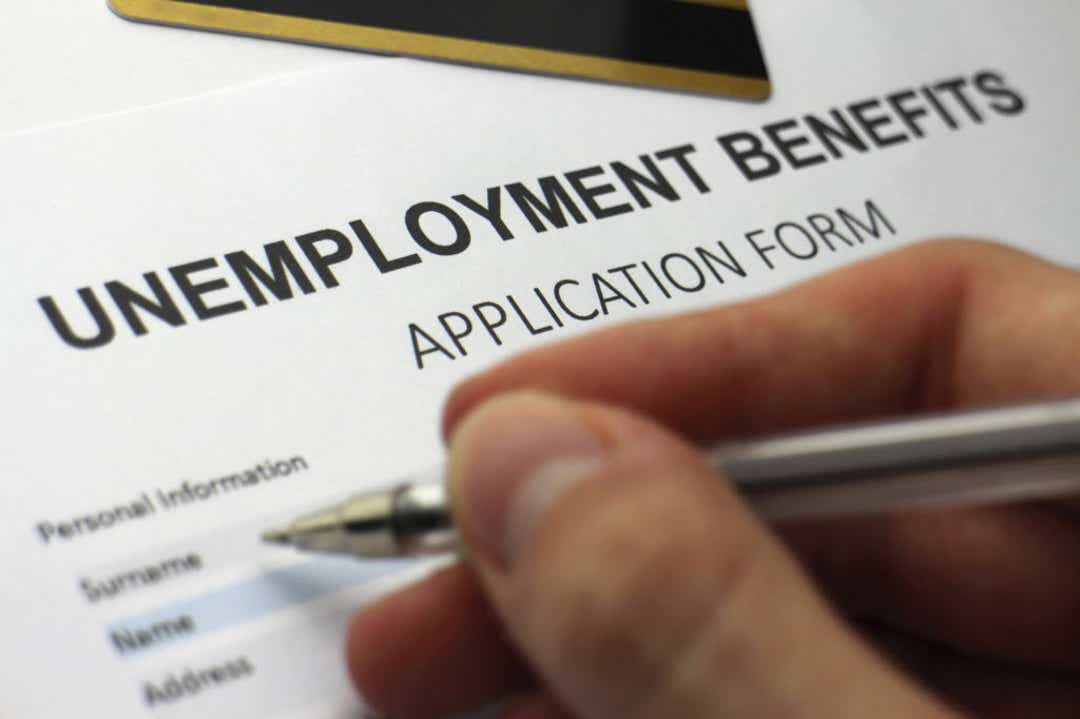 A number of businesses are either voluntarily closing or being forced to close as a result of coronavirus. Here's a look at how to apply for unemployment benefits if your workplace closes and you lose your job or if your work hours are reduced.

1 million Californians have applied for unemployment claims since March 13. And two people aboard the Grand Princess cruise ship died; 103 tested positive for coronavirus. Plus: I talk with one of the Census 2020 ambassadors working to spread the word about why, now more than ever, every Golden Stater must be counted.

It's Arlene Martínez bringing news for your Wednesday.

But first, Los Angeles County officials reported Tuesday the first person under the age of 18 had died of coronavirus. They later backtracked, saying more investigation was needed into how the 17-year-old Lancaster resident died.

The family has no health insurance and the boy was refused treatment at an HMO facility, Lancaster's mayor told the Los Angeles Times. The father still hasn't been able to get a test.

In California has coronavirus news and resources to keep you safe and informed, pulling content from across USA TODAY Network newsrooms and beyond. Sign up for free delivery.

One million people have filed unemployment claims since March 13, Gov. Gavin Newsom said during a midday news briefing. To put that in context, there were just over 50,000 new claims filed in December.

Newsom said weekly benefits usually range from $40 to $450, but the new federal package will add an additional $600 a week. The benefits would also extend to freelance and gig workers.

Residents could also see other relief as banks and financial institutions delay foreclosures: JP Morgan Chase, Citi, Wells Fargo, and US Bank have agreed to a 90-day grace period of mortgage payments for people affected by COVID-19. Bank of America has agreed to a 30-day waiver.

Newsom said the state continues to increase the number of hospital beds available for patients and moving aggressively to acquire more medical supplies. So far, the state has distributed 24.5 million N95 masks, and has ordered 100 million masks, according to Newsom, and 150,000 new test kits are on the way.

At the federal level, here's how the $2 trillion stimulus package could impact you. The not-yet-approved package is expected to be voted on soon.

A collection of surgical face masks.

The San Jose Police Department finds — and donates — a stash of 50,000 hospital-grade masks it had stockpiled during the 2009 H1N1 flu.

The state has secured 4,000 hotel rooms so far for people who are homeless. Could this be the solution we've been waiting for?

Roughly half of Kaiser Permanente’s San Jose hospital is filled with patients confirmed or suspected to have the new coronavirus, officials said.

Someone posting racial slurs and photos of Adolf Hitler derails an online school board meeting in Ventura County.

Anti-abortion heads of state are moving to block the procedures, calling them nonessential.

How to keep our homes safe, after we've stepped out. 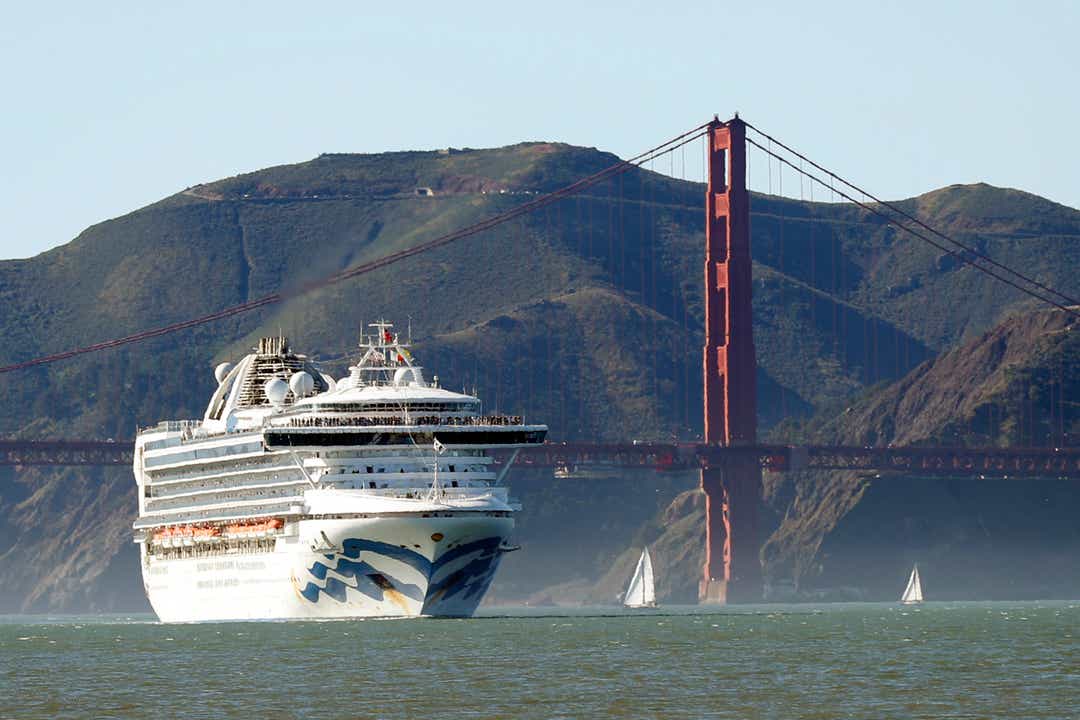 The Grand Princess cruise ship passes the Golden Gate Bridge as it arrives from Hawaii in San Francisco on Feb. 11, 2020.

Two passengers who had been on the Grand Princess cruise ship that docked at the Port of Oakland have died from coronavirus complications, officials said on Wednesday.

Another 100 have tested positive, but that number is incomplete: Of the more than 3,500 people on board, just 1,103 passengers elected to be tested.

The Princess Cruise ship had been scheduled to travel to Hawaii but it got redirected after the revelation that a 71-year-old man died from coronavirus after sailing on the ship's previous voyage. More than 60 passengers from that trip stayed aboard for the second voyage.

After the ship docked in Oakland, passengers were spread among four military bases in California, Texas and Georgia to complete a two-week quarantine. Some of those left the Travis Air Force Base, east of the San Francisco Bay Area, this week. 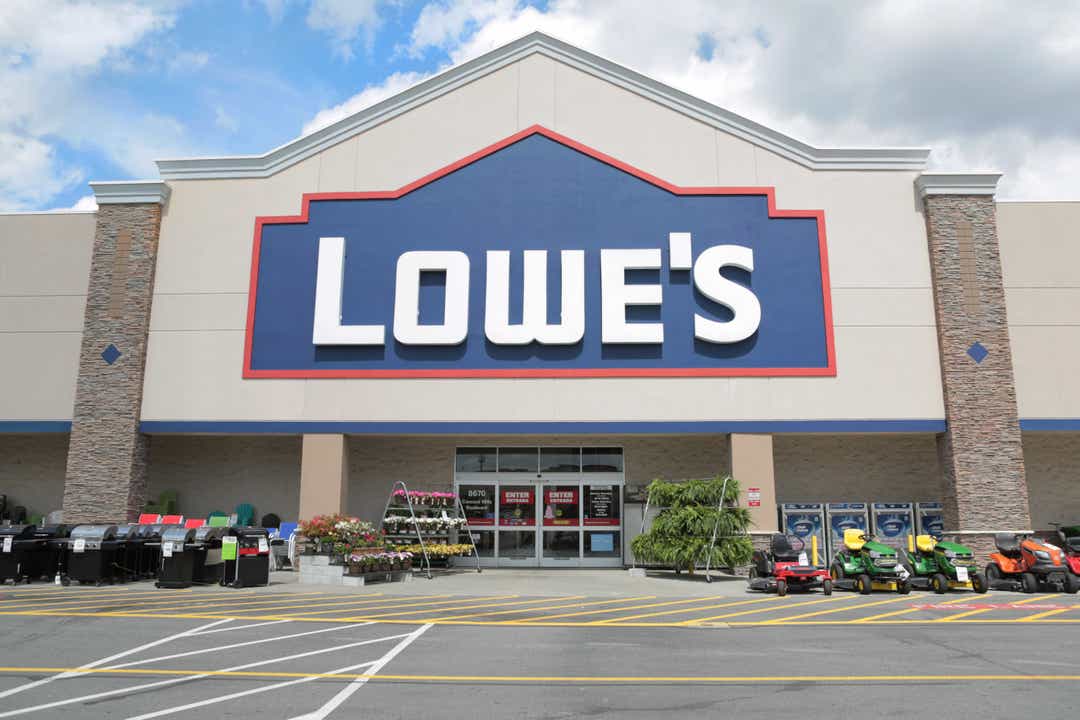 The entrance to a Lowe's store

Attorneys general in Washington, D.C. and 14 states, including California, are calling on Amazon to implement a more generous sick leave policy. The company offers two weeks of sick pay for employees diagnosed or quarantined because of coronavirus. Companies including Target and Lowe's are offering 28-30 days off for employees susceptible to the disease.

From sickness to coronavirus diagnosis: A 3-week ordeal 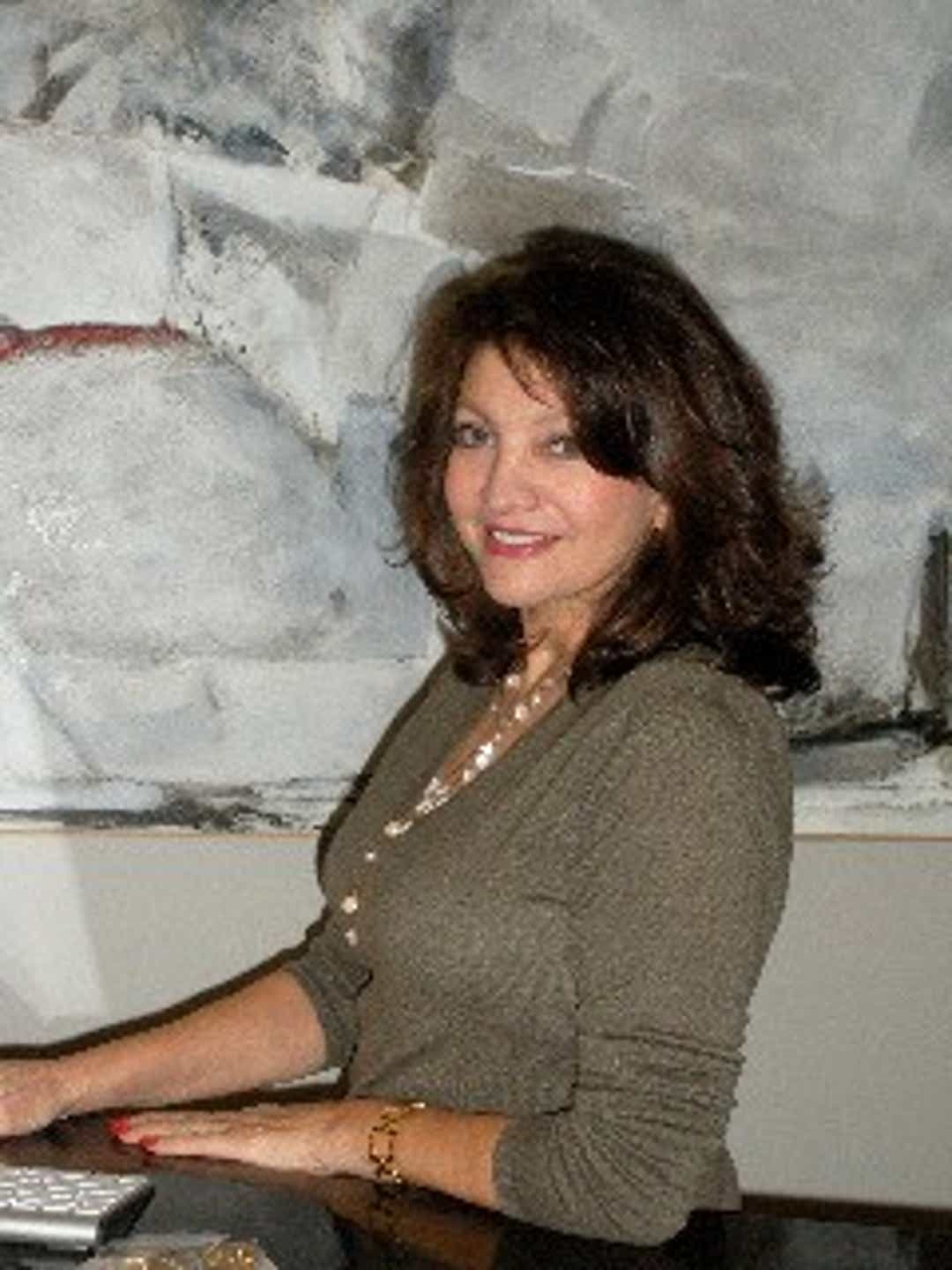 She first felt sick in late February, high fevers that didn't recede, then received a phone call from a friend letting her know they'd been exposed to coronavirus. At the friend's insistence, La Quinta resident Karen Callan, 73, drove herself to the hospital.

Her experience concerns her.

“I told everyone I had been exposed and I couldn’t get them to give me a test,” Callan told The Desert Sun. “Urgent care told me I was fine, and when I went to the hospital a few days later, I also told them I had been exposed, but they didn’t separate me from everyone else."

And while she is on her way to recovery, Callan worries about the other high-risk women who attended the gathering where she believes she was exposed to a person who later tested positive for coronavirus.

A panicked search; a gift more precious than gold 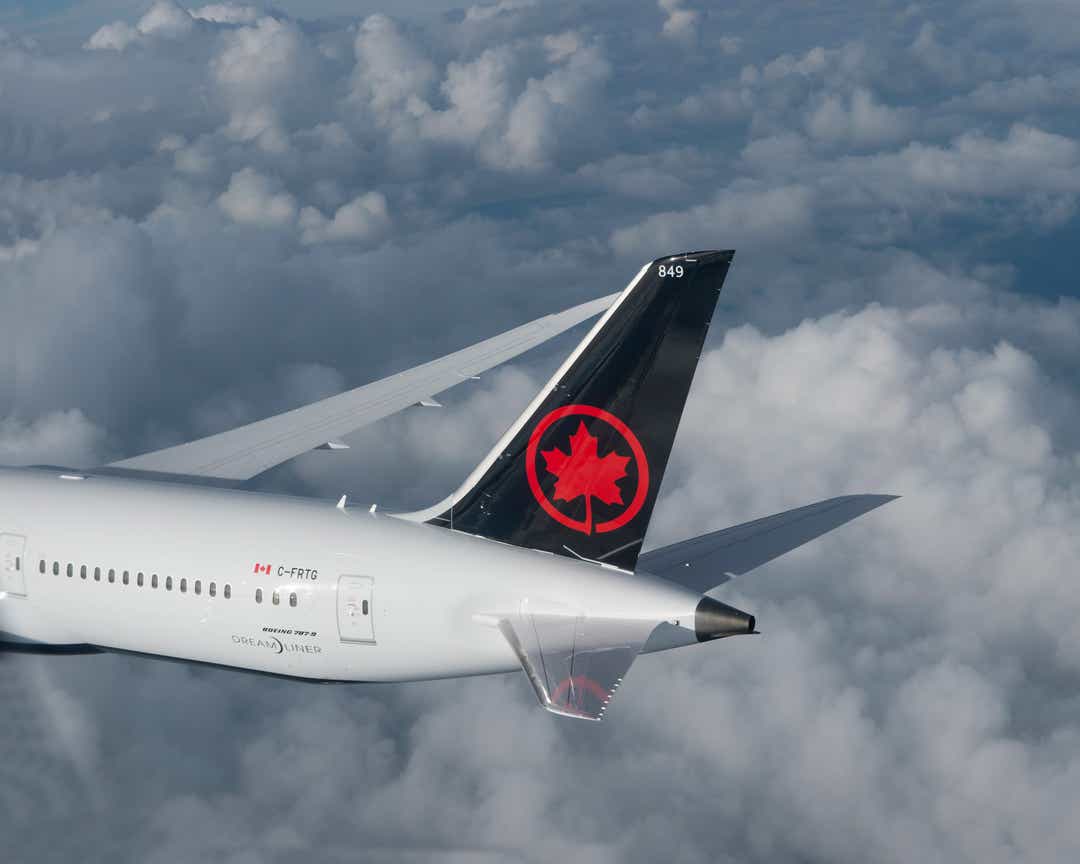 Jim T. Laing and his wife, Mary have spent the past seven years wintering in the Coachella Valley. But when the couple was told by the Canadian government that they needed to return to their homeland by March 22, Laing, a retired broadcaster who once did play-by-plays for the Boston Bruins, said he was "petrified" at the thought of sitting on an aircraft unprotected for the long journey home.

They started to look for some N-95 masks. In the middle of a pandemic.

Read more about their quest here.

Warning: Reading this may make you feel like running out and helping someone.

Census 2020 in a time of coronavirus 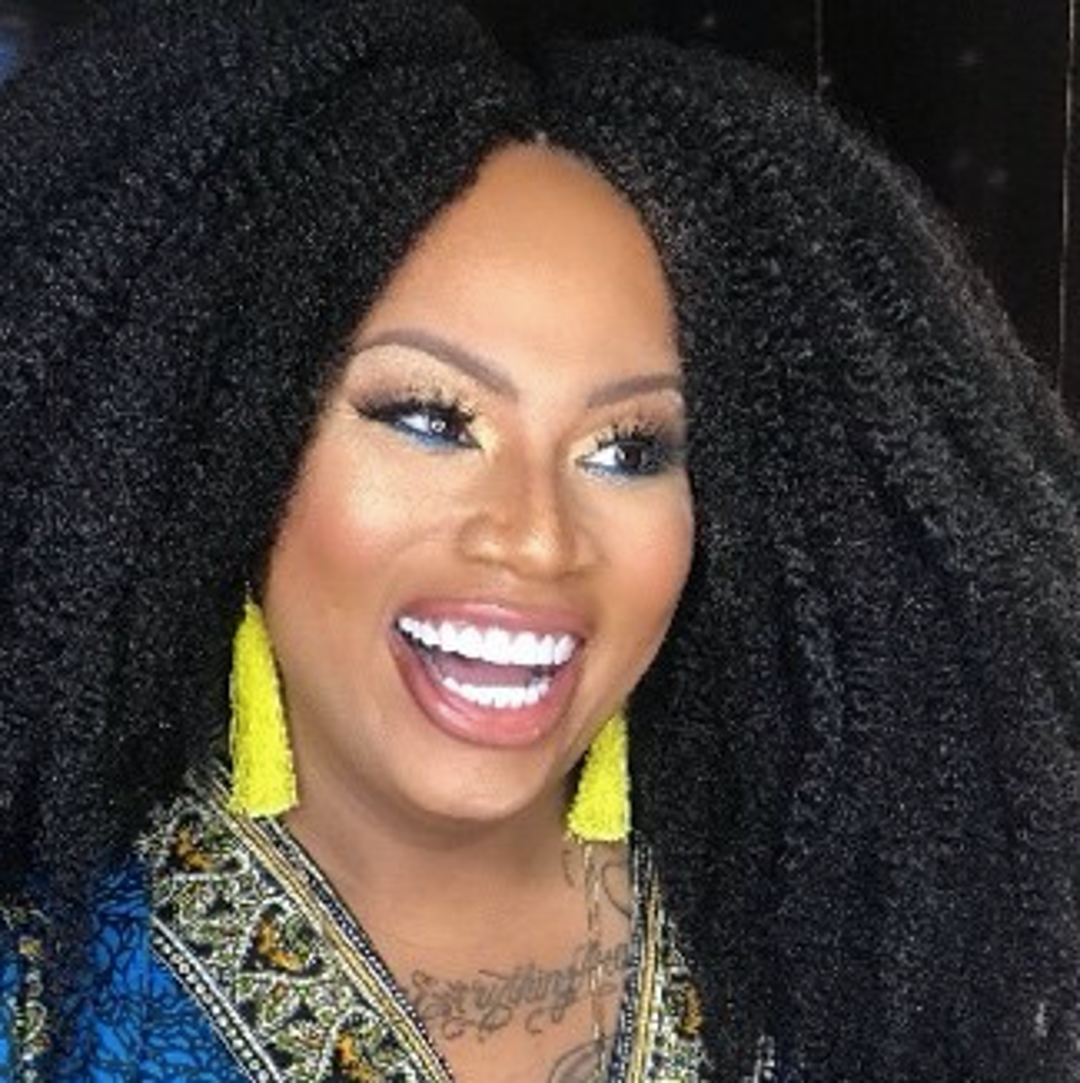 Ashlee Marie Preston the first trans woman to become editor-in-chief of a national publication, Wear Your Voice Magazine, and the first openly trans person to run for state office in California.

Ashlee Marie Preston, who lives in Los Angeles, was approached by the state's census campaign to be a part of a well-known group spreading the word about how important it is to be counted. Preston is the first trans woman to become editor-in-chief of a national publication, Wear Your Voice Magazine, and the first openly trans person to run for state office in California.

We spoke by email about the 2020 Census. The interview has been edited for length and clarity.

I feel like we’ve been waiting for this moment for so long, but Census Day is finally, almost here. What does April 1 signify?

It’s been a decade in the works! April 1 is important because when you respond to the census, you'll tell the Census Bureau where you live as of that day. Count your little ones, any roommates or long-term houseguests, or extended family members – anyone living in your household on April 1. But don’t forget: You can participate in the census NOW, either online at my2020census.gov or by phone.

Remind us again, what the census is and why it’s so important to get counted.

The census happens every 10 years. It’s a count of every person living in the United States, and it’s how we can make sure every community gets its fair share of hundreds of billions of dollars for things like healthcare, schools, affordable housing, and so much more over the next decade … For California, every person uncounted could cost the state up to $1,000 every per person every year for 10 years.

How are that and other impacts of the pandemic – like-the-shelter in place mandate – changing the effort?

We want all Californians to know they can complete the census today, online or by phone. This is a fast-moving situation, and each community is affected differently. I encourage everyone to prioritize their health and safety, following local and state guidance. And don’t forget while you’re “social distancing” you can fill out the form without leaving the comfort of your home! 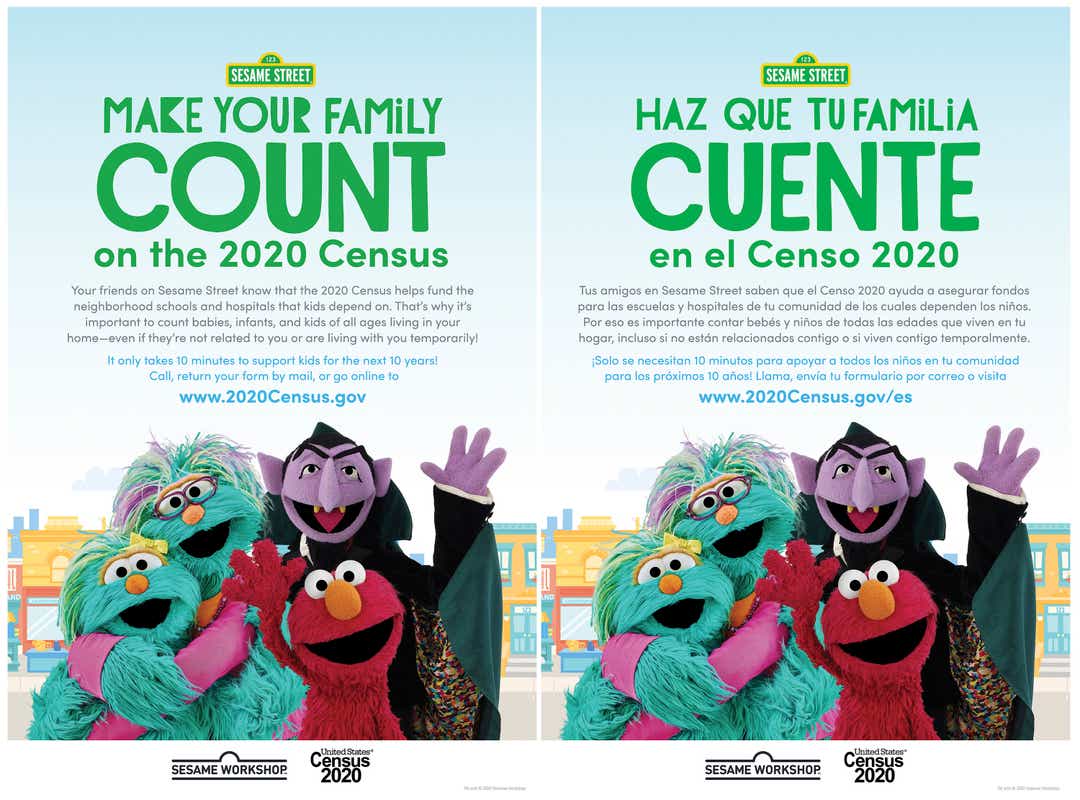 How do you get people to care about the census, when right now there’s so much attention on coronavirus?

The way I see it, these difficult times make the census even more important. Getting our fair share of federal funding for health programs, affordable housing and education is the most important thing we can do to help our state prepare for the future. Everyone in California has the right and the responsibility to be counted.

What about Census workers? I can imagine some of them are anxious to get started and others worried about how they’ll be protected when they do head out in the community.

I can’t speak for U.S. Census Bureau workers, but I do know that the members of California’s Census team are excited to get the word out safely however we can, which means you can expect to see and hear a lot from us on social media, in the press, on the radio, and on TV!

In the past, California has had a lot of hard to count places and this census is no exception. What makes a place hard to count?

Historically, the Latinx, African American, Native American, and Asian American and Pacific Islander communities have been undercounted by the census – and factors like housing instability, low broadband access, and high poverty can also make communities harder-to-count. California is the biggest and most diverse state in the U.S., which also makes it the hardest to count. That’s why California is making an unprecedented investment to reach those communities.

I’ve been hearing concerns the count might be even more challenging, with the anti-immigrant stance of the current administration. What do you tell residents, especially non-citizens, who are concerned about revealing personal information?

California’s message is clear – the census is for everyone, regardless of immigration status or background. There are a lot of protections in place to ensure that taking the census is safe and secure – your responses are private by law. The U.S. Census Bureau cannot share information with any government agencies or with law enforcement. The census is about distributing resources and representation fairly – that’s it.

Man in court after stealing handbags

Fly your companion free with these Southwest cards